Parts Drop rates information:
When a player earns and/or purchases a parts box that box is permanently tied to the League in which it was earned and/or purchased within. This information can be found by selecting the desired box either before purchasing it or before/during research and viewing the top left corner of the pop-up.
This is important because your currently available parts pool is dependent on the League that you are currently in! A box earned and/or purchased in League 8 will have a different content to a box earned and/or purchased in League 1.
To view what parts are currently available to you, head into your Car Setup menu and tap on an unlocked empty and/or filled part slot, in this view you can see all the available parts for that performance category.
Take note of any parts that include the text “League X” beneath a padlock icon, this is the League in which that part in unlocked. Any parts that have a padlock icon that do not have the text “League X” underneath are available in your current league but have not yet been found!
When a player earns and/or purchases a parts box, they are shown the exact contents of that box. This includes a detailed breakdown of how many Tokens the player can receive, how many Performance Parts will be given for each rarity, and how many Chassis parts will be received.
Below is more information on that breakdown and what it means:
When opening and/or purchasing a parts box the exact number of parts for each rarity within the box is shown to the player.
Every single unlocked part within each rarity has the exact same drop rate.

For example, we will take a Pits Box earned in League 5.
When a player opens the League 5 Pits box, they are shown that they will receive 10 Common parts. But as the box was earned in League 5, there is an available pool of 14 common parts, this means that for League 5 each common part has a drop chance of 7%.
Below is a table providing this information for all part rarities in all leagues: 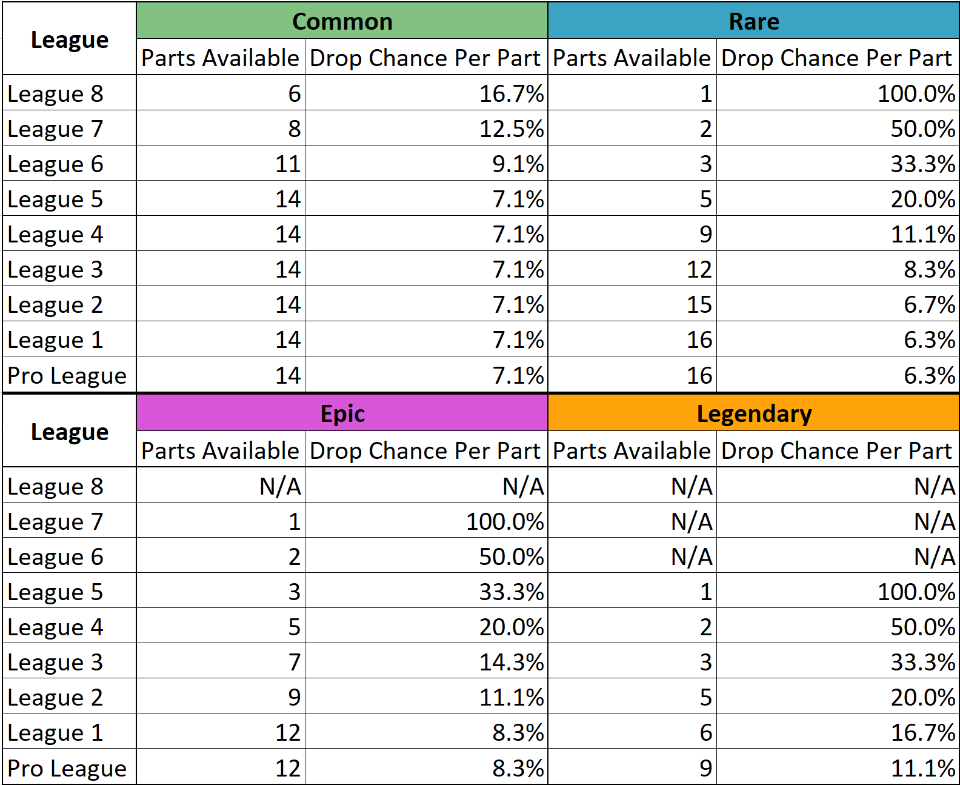 When a chassis part is earned the following drop rates are used: 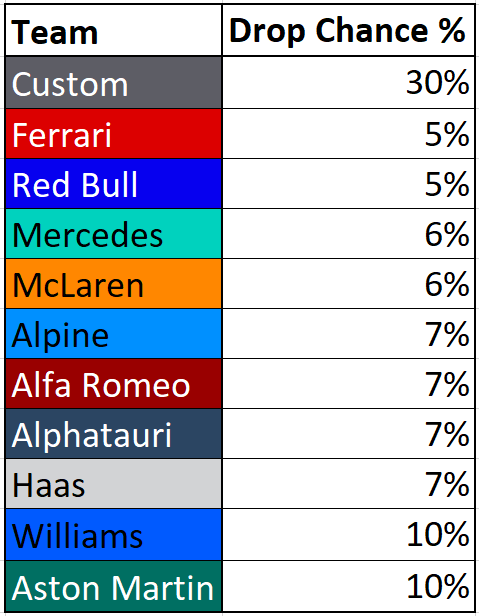